What are the social, economic, and ecological effects of synthesizing life from scratch? “Synthetic Biology” describes a new multi-billion dollar industry that is overturning current production arrangements for chemicals, fuels, foods, cosmetic ingredients, pharmaceuticals, and other products. This video explores the way in which organisms such as yeasts are re-imagined as ‘biological factories’ and engineered to artificially synthesise valuable plant compounds such as vanilla or saffron. Such compounds are currently harvested by tropical farmers but can now be artificially produced in fermentation vats using highly engineered synthetic organisms. In just a short few years, synthetic biology has the potential to disrupt the livelihoods of hundreds of millions of small-scale producers, to remake global commodity chains, and to drive widespread land use change as the new “syn bio” companies go in search of ever-cheaper feedstocks for their engineered “bio-factories.” Only one international forum, The Convention on Biological Diversity, is starting to address these changes, which have the potential to transform local and regional economies around the world.

Comic-style version of the video: 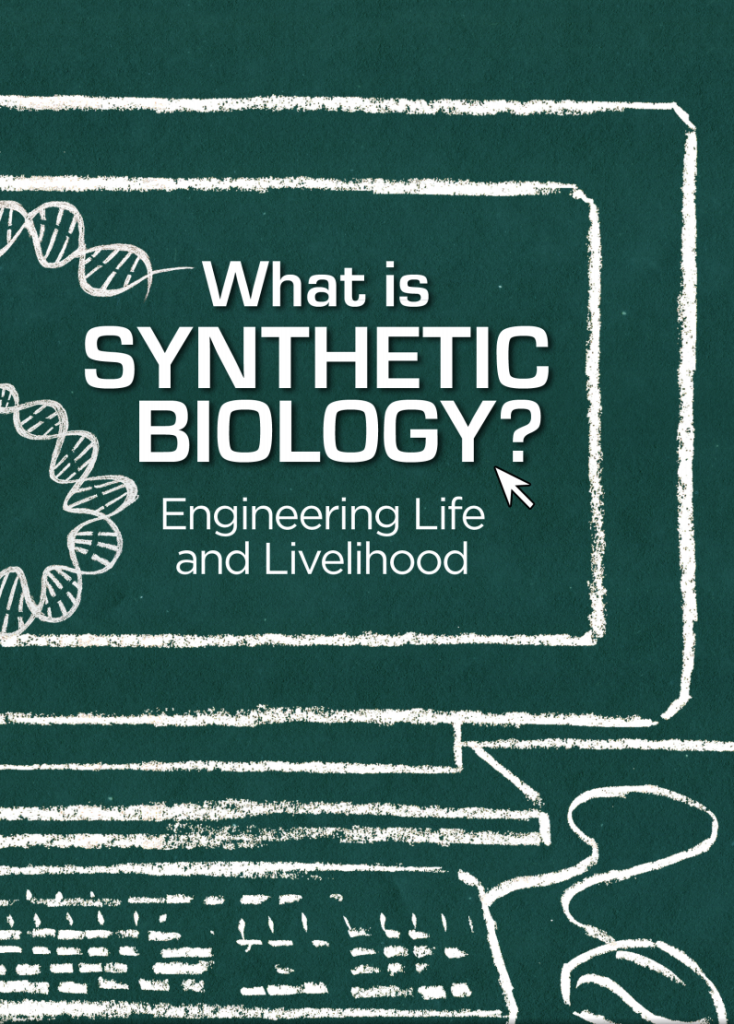 ETC Group. 2010. The New Biomassters: Synthetic Biology and the Next Assault on Biodiversity and Livelihoods. Montreal: ETC Group.